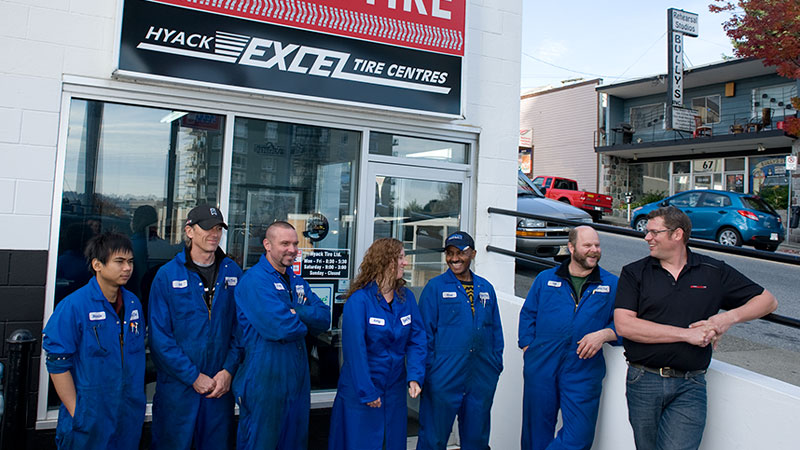 Hyack Excel Tire's core service team has over 60 years experience in the automotive repair industry. We are very proud of the professional work our highly skilled auto techs and mechanics do day in and day out. 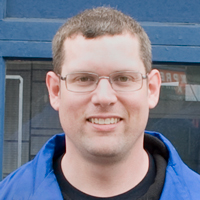 David achieved his Red Seal Certification in Automotive Mechanics Technology at BCIT in 1996.

After spending a few years at an Abbotsford shop, he was happy to move back to New West to join the Hyack Tire team in 1999.

Did you know that David was born and raised in New Westminster? A third-generation New Westminsterite, David has always been an active guy, in this younger days he enjoying go-kart racing and barefoot water-skiing!

Today David enjoys running his business and he cherishes time with his beautiful wife and lovely daughter . 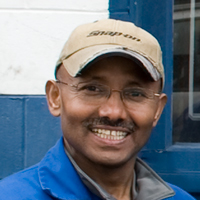 With over 23 years of experience in automotive repair, Murad is the guy to resolve your mechanical issues! His expertise is in front-end work, tires and brakes, and TPMS.

Murad has worked at Hyack Excel Tire since 1995 when he moved to B.C. from Toronto.

Murad loves his job and says that working at Hyack Excel Tire is like working with your family, "it's a great working environment!". 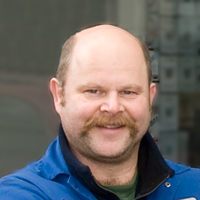 A husband and father of three, Andy's known for his great sense of humour and enjoyment of RV-ing. He's a man of many talents and has a passion for landscaping and gardening and raising large fish! Andy likes cooking but hates pickles and spicy foods.

Andy is no stranger to our regular customers. A valued employee since 2002, Andy's interest in auto mechanics began as a young lad of 15 years old. This hobby became a career when he completed his BCIT certification in General Auto Mechanics. 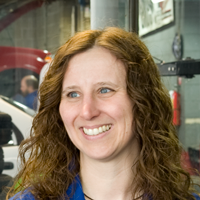 Kelly is our service writer/customer experience extraordinaire. Usually the person our customers speak to on the phone and the first person who greets the customer in the shop.

Kelly has been using her great communications skills at Hyack Excel Tire since July 2012. She listens to the customer's description of symptoms, clarifies the description of the problems, develops repair estimates and prepares work orders for the technicians.

This well-travelled lady has been to Japan, Africa, and Mongolia, with many more places on the togo list. Kelly's talents extend to playing the flute in the Port Moody Community Orchestra. She has also completed four half-marathons. Kelly loves food, especially sushi. Her motto is "I'll try anything once"! Next time you're in the shop, ask Kelly about Bounce. 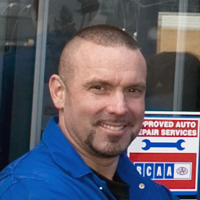 Troy has been a part of the Hyack Excel Tire team on and off since 2002.

Troy's love of auto mechanics began in high school at the age of 15. He completed his mechanic certification at BCIT and has been fixing cars for almost a quarter of a century! How old is this guy??

This hardworking (and fit!) Dad of four enjoys working out, sports, camping and road trips. When he's not working at Hyack, spending time with his kids and beautiful fiancé, or watching sports, Troy works as the Head Doorman at Vancouver's most popular after-hours club. He loooves BBQ. 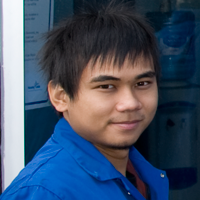 This hard-working young man has been working at Hyack Excel since June 2012. Before joining the team, Marville completed a practicum at Canadian Tire (auto repair dept) and was a pizza slapper.

Marville has called Canada home since immigrating here in 2008 with his family. Fresh out of high school, his great sense of humour and easy-going nature helped him make lots of new friends and settle quickly into his new life. Still close to his roots, Marville has travelled back to the Philippines as well as Singapore, Malaysia, Korea, Hong Kong, Japan and New Zealand.

Marville's hobbies include basketball, "… I may be short but I'm good!" as well as playing acoustic guitar. This soft-hearted guy treasures his family and his fiancé (very soon to be his wife!). He loves Phillipino and Japanese food with a weakness for chocolates! 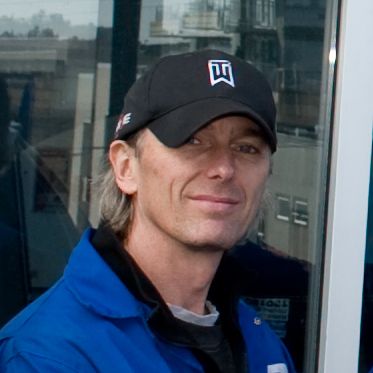 Artie has been a part of the Hyack Excel Tire team since April 2013. Before joining the team, he owned and operated Artman Automotive for 10 years. Artie gained extensive experience working in a number of automotive shops.

Artie says he does all the things that he likes to do… skiing, golfing, drumming and watching hockey. He's travelled widely across BC and Canada. He's also been to Hawaii and Europe. Maybe as a drummer in a band?

This father of two has been described as "strange but nice". He enjoys home-made meal… cooked by others.

Ensure your vehicle is ready for all the driving conditions you will encounter this summer. Call Hyack Excel Tire today.

Hyack Tire can help you with most any repair your car may need. Our skilled auto tech's and mechanics have extensive experience with diagnosis of modern vehicle operations and automotive repair services.

If you like our work in the shop, Please leave us a review.

I've taken my car there twice for service. Employees are polite, and friendly. Quote for repairs matched what they charged me, and I've been very pleased with their work.